Government Budgeting and COVID-19 – Advocacy Meeting with Ministry of Finance

On November 9, 2020 an advocacy meeting was held with… Read more

Monitoring Government’s Response to COVID-19 in Nangarhar, Laghman and Kunar

On August 25, 2020, the National Advocacy Committee for Public… Read more 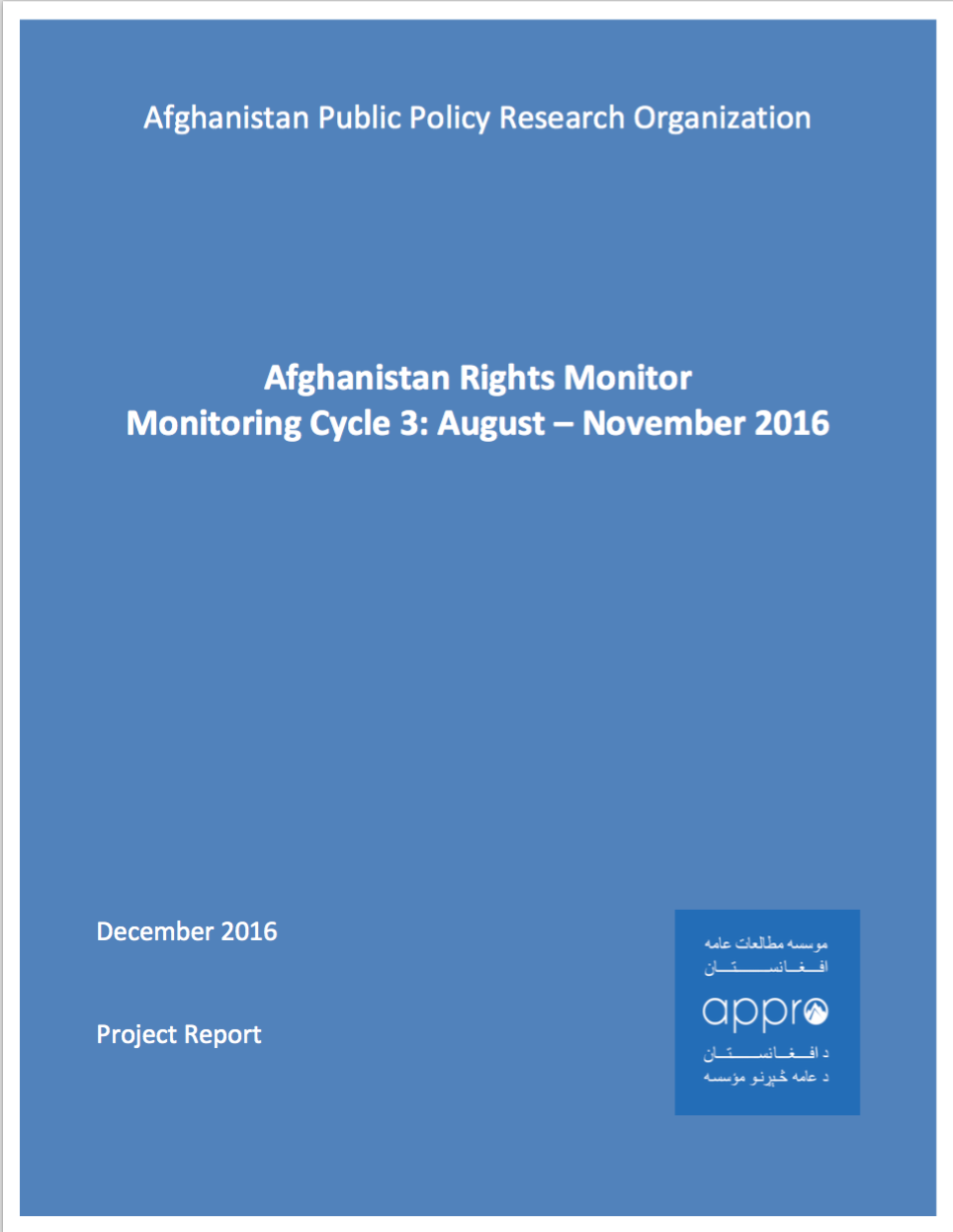 The objective for the ARM monitoring rounds is to assess changes in fundamental rights conditions across ten target provinces from January 2016 to December 2017. “Fundamental Rights” are conceptualized broadly to include Civic, Social, and Economic rights. A baseline assessment was concluded in December 2015 to establish the basis against which to monitor changes in fundamental rights conditions, followed by the first monitoring cycle between January and April 2016. The reporting period for this second monitoring cycle covers May to August 2016. Data were collected in 29 rural and urban districts in the Central, Northern, Southern, Eastern and Western geographical zones of Afghanistan.